A downloadable game for Windows

Game Description:
You are the new Cupid - Cupid 2.0. You no longer fly around using your silly little bow to matchmake people, you now have a futuristic plasma powered heart gun... and robots are on the receiving end this time!

Run around the sci-fi factory shooting robots and collecting score in this fast-paced first-person shooter. Try explore every corner of the building dealing with the robots as you please. Smother them in hearts or blast their heads off because "All's fair in love and war"!

I originally made this game for the 2019 Winter #ue4jam game jam, which is why it doesn't have an end due to the tight timeframe. I am busy working on an updated version that I hope to release someday.

tricky to get at first but otherwise good. Maybe add a tutorial?

Thanks! This game was made for a game jam, so I didn't manage to make a tutorial in time, but if I ever release an update I will include one. ;)

Thank you! I hope you enjoy playing!

This was fun. We  enjoyed it very much.

Here is a video we made while playing:

Thanks! I'm glad you enjoyed it! You may have noticed that there's no end to the game at the moment because it's still just a prototype, but I am making an updated version (more on that here).

Have you considered participating in our Game Developers World Championship ?  The competition is totally free and with winning prizes ! Our mission is to support and reward the Indie game developer community.

Thanks, I'll check it out!

hello how are you

Thanks for the feedback, tomcheshire!

I originally made this for the 2019 Winter #ue4jam game jam, which is why it doesn't have an end due to the tight timeframe. The jam was themed “All’s fair in love and war”, hence the valentine-like theme of the game.

At the moment the point of the game is just to have fun and see how much score you can get, but I am busy working on an updated version that I will publish sometime in April (more on that in this devlog: https://dimensions.itch.io/cupid-upgraded/devlog/69724/the-future-of-cupid-upgraded).

I have already been working on new features that I had planned for the original game, but couldn’t finish in the jam timeframe, such as a run function with limited stamina, a jet pack (making up for Cupids loss of wings!) and more enemies.

In the new version, the first few rooms will become more like a tutorial featuring the mildly dangerous “Desk Robots”, with more dangerous enemies being introduced later in the game.

So, in short, at the moment the game is in its prototype phase, but a much better version is in the works.

As this is my first published, all feedback and support is very welcome!

P.S. Try aiming the Rocket Hearts at the robot’s heads. 😉

This was an interesting game, I like how this played out and it was funny hearing the robots.  If this is on Gamejolt website I will be happy to show support there too.

I originally made this a few days ago for the 2019 Winter #ue4jam game jam, which is why it doesn't have an end due to the tight timeframe. At the moment the point of the game is just to have fun and see how much score you can get, but I am busy working on an updated version that I will publish when the game jam ends.

I haven't really made any games in Unreal Engine before this (just played around a bit), so I learnt a lot while making Cupid Upgraded. Since this is my first ever published game and since I want to make 3D content for a living one day, the support is very welcome! A big thanks again! 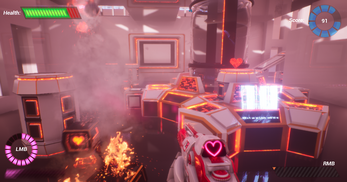 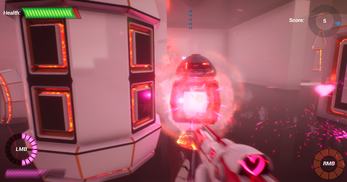 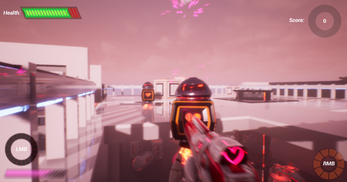 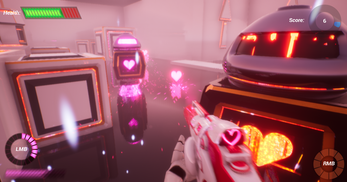 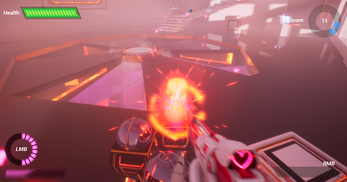